The energy turnaround requires efficiency and a smart use of resources. It is with these assumptions in mind that the project...
The photovoltaic system in a satellite dish 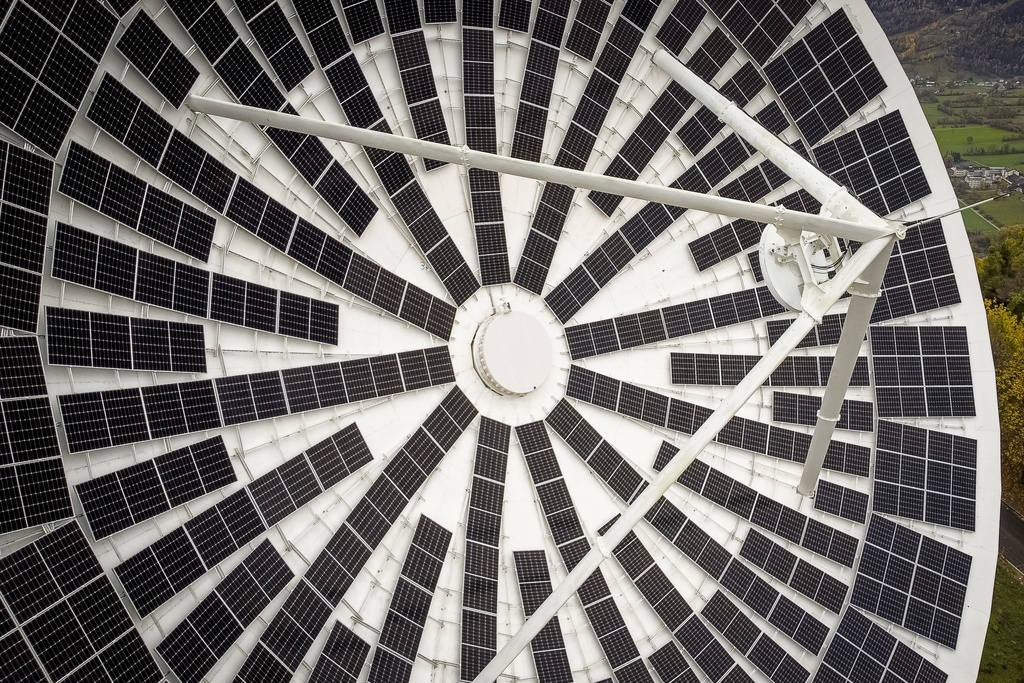 Caption: Installation of photovoltaic modules inside one of the satellite dishes at the Leuk TDC telecommunications park. Photo credits: Keystone/Gabriel Monnet.

The energy turnaround requires efficiency and a smart use of resources.
It is with these assumptions in mind that the project to convert the three dozen dish antennas no longer in operation in Leuk (Valais) was conceived.

The owner of the antennas, the telecommunications provider Leuk Teleport & Data Centre (Leuk TDC), together with the Swiss provider of integrated energy solutions CKW AG, are to put the 116 kWp photovoltaic system into operation by the end of the year, with the intention of similarly transforming two other antennas at the Leuk technology park. The building permit for the photovoltaic array in the inside of the second satellite dish, which is scheduled to be built sometime in spring, has already been granted.

The installation of photovoltaic modules on the inside of a satellite dish is something completely new and requires special attention especially in view of the static aspects and the mounting of the modules in the curvature of the dish, not to mention the fact that installers are working on a curved surface at a height of 40 meters.

The dish can be flexibly aligned according to the position of the sun, thus producing more electricity than conventional installations. Leuk TDC’s parabolas are located approximately 1,000 metres above sea level and thus above the fog line, moreover, snow is unlikely to accumulate inside the antenna dishes and this will benefit winter energy production.

The energy production per antenna is estimated at approximately 110,000 kWh per year, which corresponds to the electricity needs of 25 households.