The exhibition 'Solar Energy: A Building Material' opened on the 19th of May 2022. The theme of the exposition is the evolution over the...
Solar energy: a building material 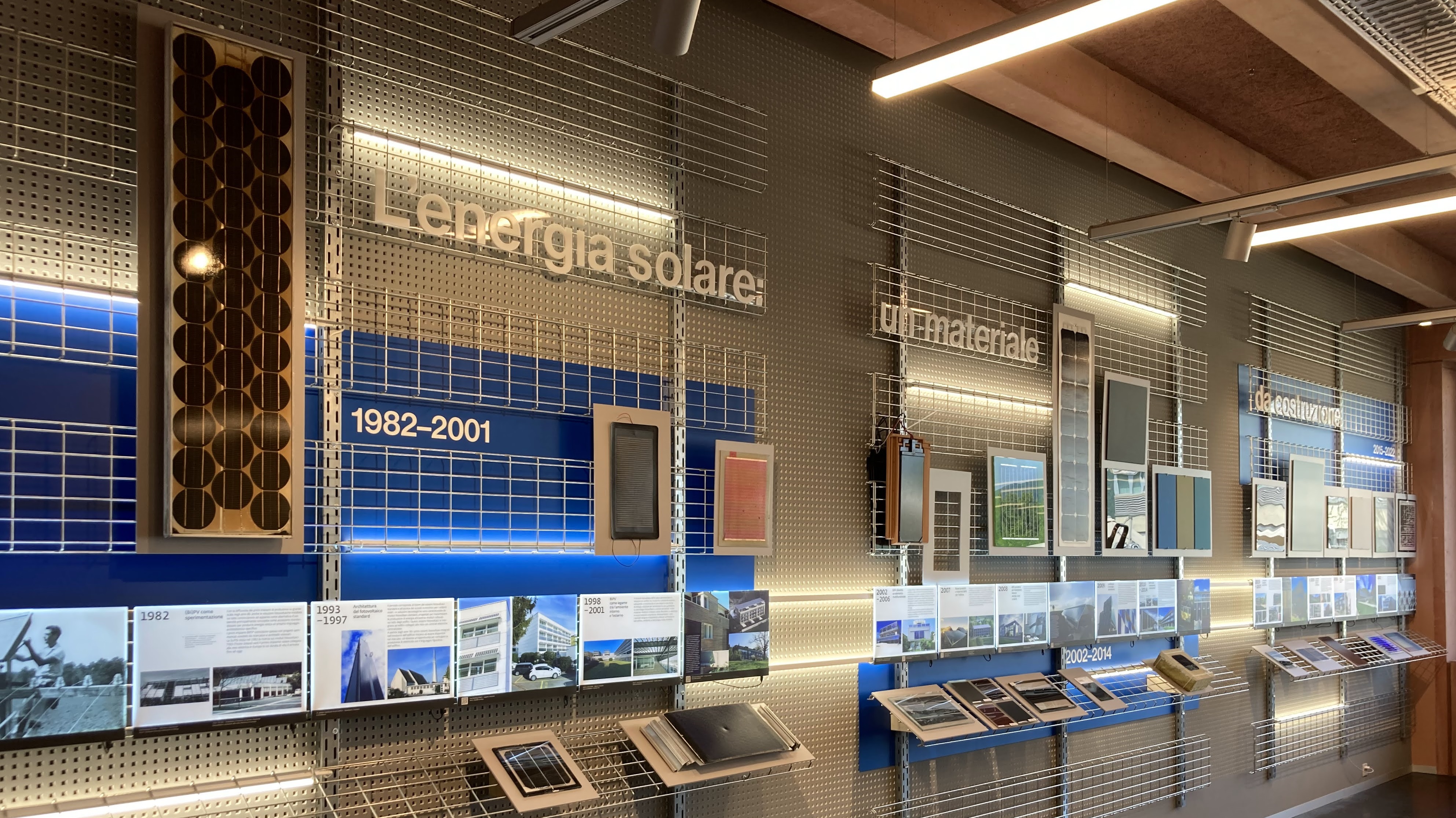 The transfer of photovoltaics (PV), after several years of experimentation, is now a solution, also to express a flexible and innovative linguistic potential for contemporary architectural design. Source: SUPSI.

The exhibition “Solar Energy: A Building Material” opened on the 19th of May 2022. The theme of the exposition is the evolution over the last 40 years of BIPV, starting from the first examples where solar technology became part of the building organism, to the progressive experimentation of its relationship with architectural language. The main milestones of this synthesis between technology and architecture are retraced within the field known as “Building Integrated Photovoltaic” BIPV, in which a constant quest for “integrated design” has been the guiding thread from the earliest experiments to recent realisations.

An exhibition promoted by the Department of the Environment Constructions and Design of the University of applied sciences and arts of southern Switzerland (SUPSI). With the participation of the Institute of Design and the Institute of Applied Sustainability to the Built Environment.

The inauguration coincided with a public event organised at SUPSI as part of the 2022 Swiss “Days of the Sun”. Since 2004, “Days of the Sun” have been organised in Switzerland during May. Over the course of these ten days, a wealth of information on the different facets of solar energy is provided to all interested parties. This year was the occasion to celebrate Ticino Solare (TISO), the first solar power plant connected to the grid in Europe back in 1982 in Canobbio-Trevano, home to SUPSI’s Department of Environment Construction and Design until 2021. 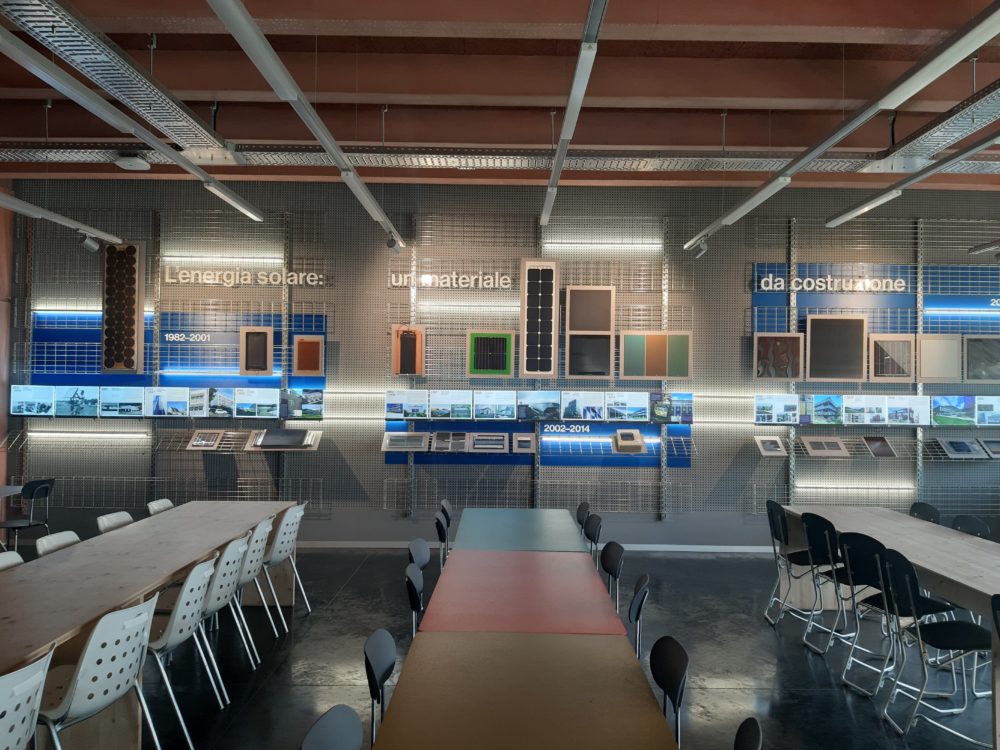 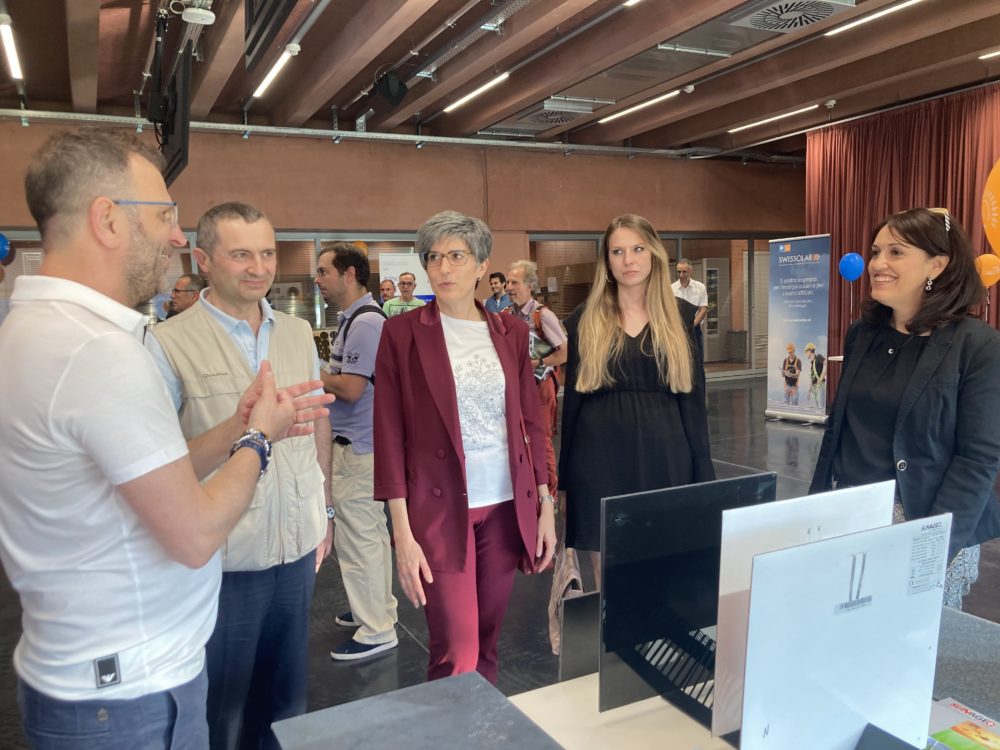 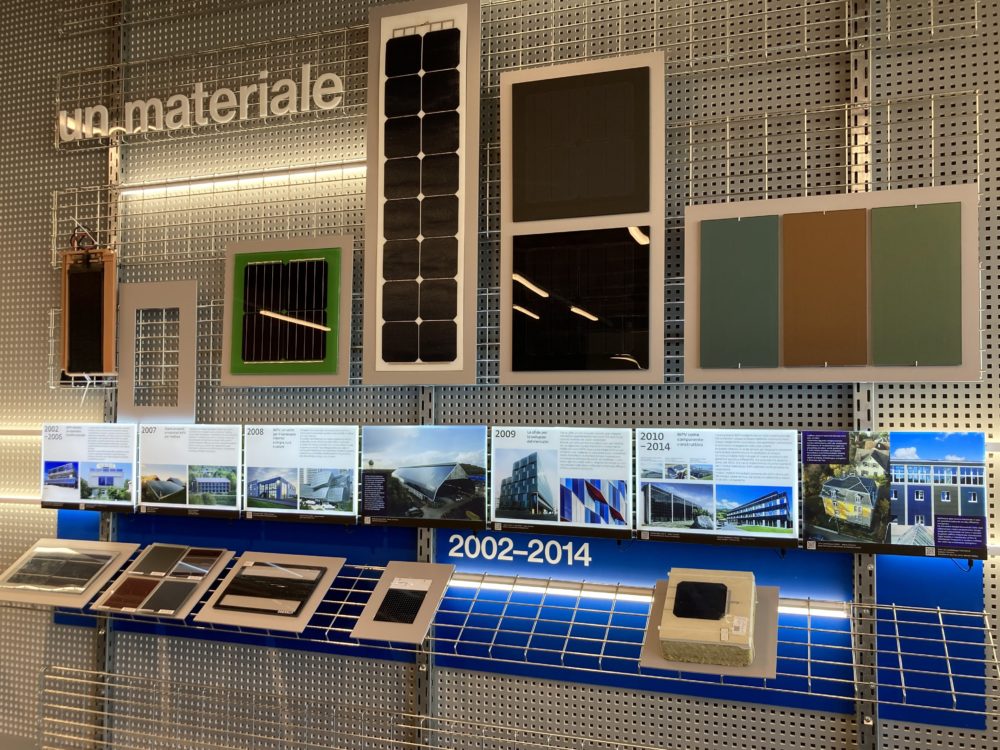 The evolution of BIPV: from coloured encapsulant material to Kromatix glass
Photo: SUPSI 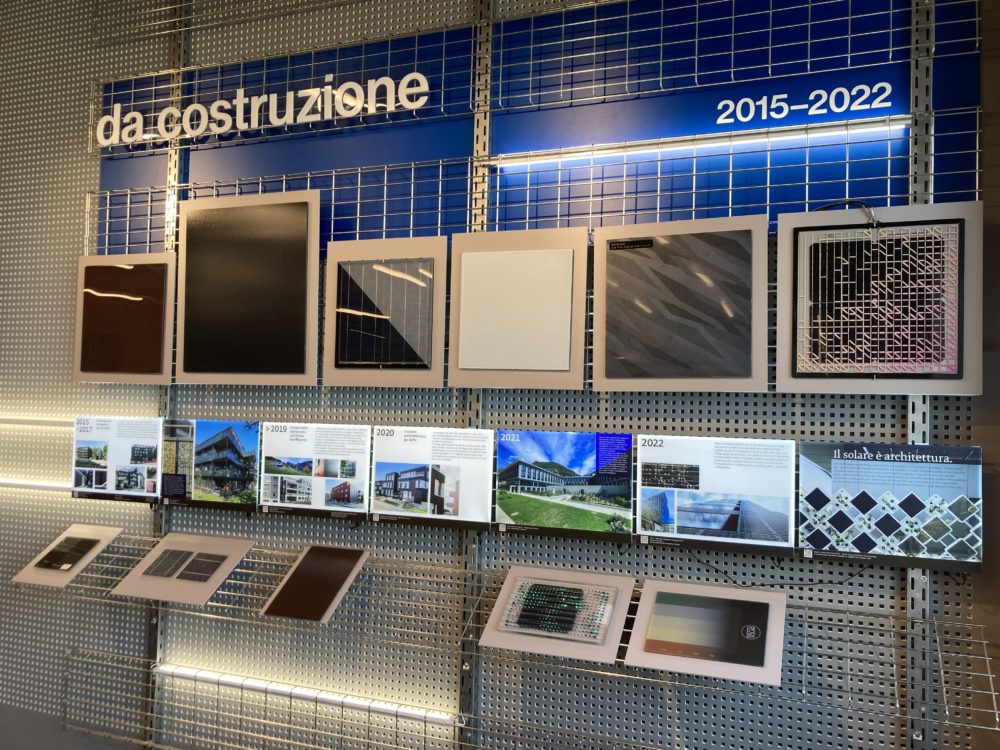 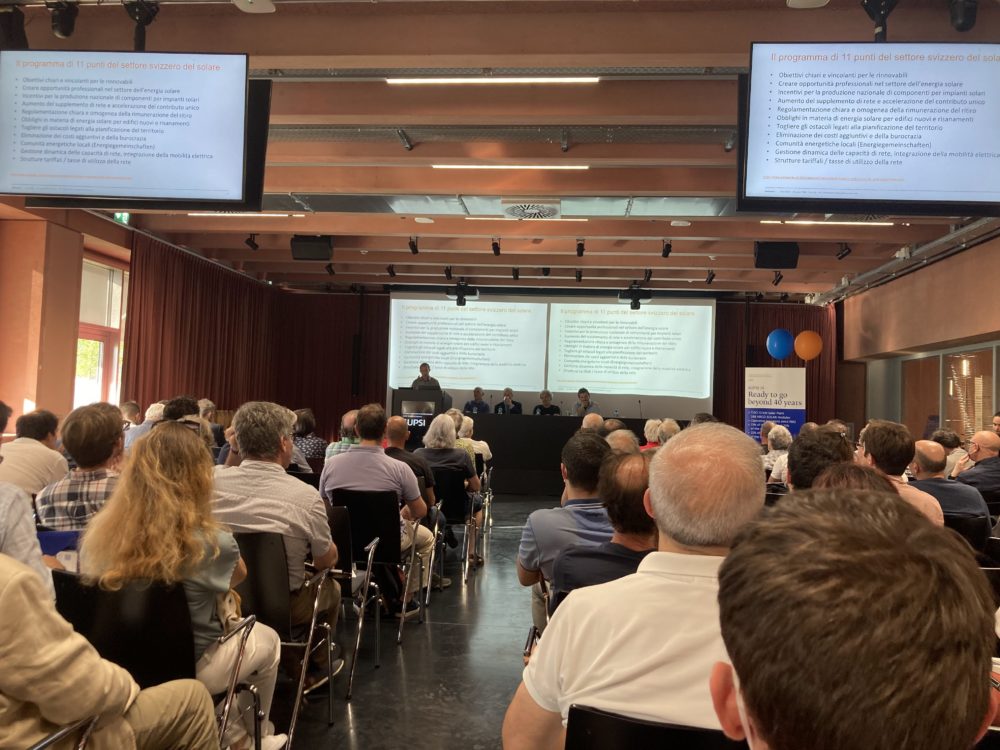 Audience at the informative conference organized as part of the 2022 Swiss Days of the Sun
Photo: SUPSI
0 Comments
0 Like!
Share
Solarchitecture