The execution of Building-Integrated Photovoltaics (BIPV) facades with black and blue conventional modules has represented a first step of innovation in the process of PV transfer in sustainable buildings...
BIPV meets colour 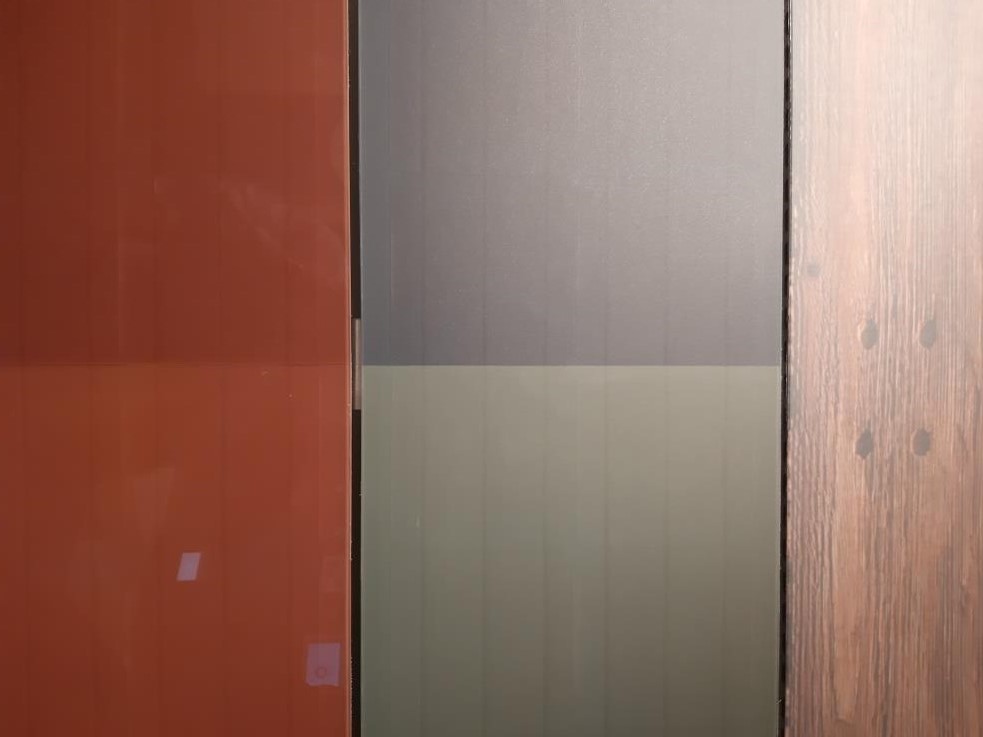 The execution of Building-Integrated Photovoltaics (BIPV) facades with black and blue conventional modules has represented a first step of innovation in the process of PV transfer in sustainable buildings. Nowadays, architects are looking for additional BIPV products to design active facades with novel architectural languages. For this reason, BIPV manufacturers started to customize BIPV modules in order to meet architects and clients’ requirements.

Which colouring techniques are used to obtain coloured BIPV modules?

In recent years, several and different customization techniques have been developed and adopted to obtain coloured or textured BIPV modules. Some of these techniques are reported hereinafter:

How a coloured front glass affects the BIPV envelope?

There are many features that can be influenced by a coloured front glass, such as: aesthetical appearance, glare effect and PV production, among others.

Aesthetical appearance
The use of coloured front glass that can hide partially or totally the PV cells allows architects and facade designers not to be dependent on the square pattern of the cell or the rectangular pattern of conventional PV modules. Instead, they can work with homogenous coloured surfaces and create the architectural language of the facade only taking into account the pattern that can be created with the custom PV module.

Glare effect
Glare effect of PV modules has been studied in order to avoid disability glare nearby airports (e.g. Jakubiec, J. A. & Reinhart, C.F., 2014). But the discomfort glare effect produced by PV glasses can have an impact on urban areas and their inhabitants.
As a precaution the glare effect should be reduced as much as possible with preventive measures through economically bearable technical solutions. An annoying glare could lead to a significant disturbance of the well-being and therefore the intensity and duration of glare should be carefully weighed in order not to be harmful or annoying. Dark and opaque materials are to be favoured as they have low-reflectivity¹ . The location and function of the observation point subject to glare also play a role that includes a psychological and subjective component. Regarding human comfort in the case of semi-transparent modules these can influence the quality of the natural lighting of the indoor environment, the uniformity, the daylight factor, or the probability of glare, aspects that also affect energy consumption² .

It is interesting to mention that PV front glass made of satin-finished glass instead of the standard solar glass, is characterised by a scattering effect that involves a significant reduction of the glare effect. This solution can be of particular interest when BIPV modules are installed as facade elements.

PV production
When a standard front solar glass is replaced with a custom coloured glass, rear PV cells are subjected to a reduction of incident irradiation that can be translated in a reduction of produced energy. To investigate the impact of different coloured front glass on BIPV modules behaviour, a preliminary research activity has been carried out at SUPSI in the framework of research work in collaboration with SUNAGE SA supported by the Swiss Commission for Technology and Innovation, n°CTI 27973.1 INNO-IW.
Different BIPV prototypes have been produced by combining two main design options for the front glass which are the glass type (solar glass and satin-finished glass) and the type of colour (blue, green, terracotta, light grey and dark grey) with low amount of colour coverage application. Thanks to indoor and outdoor measurement campaigns, the following considerations have already arisen: