On 5 July 2019, the sustainability institute applied to the built environment of SUPSI, with the support from the Federal Office of Energy (SFOE)...

Solar envelopes, between alteration and coexistence in the balance of places 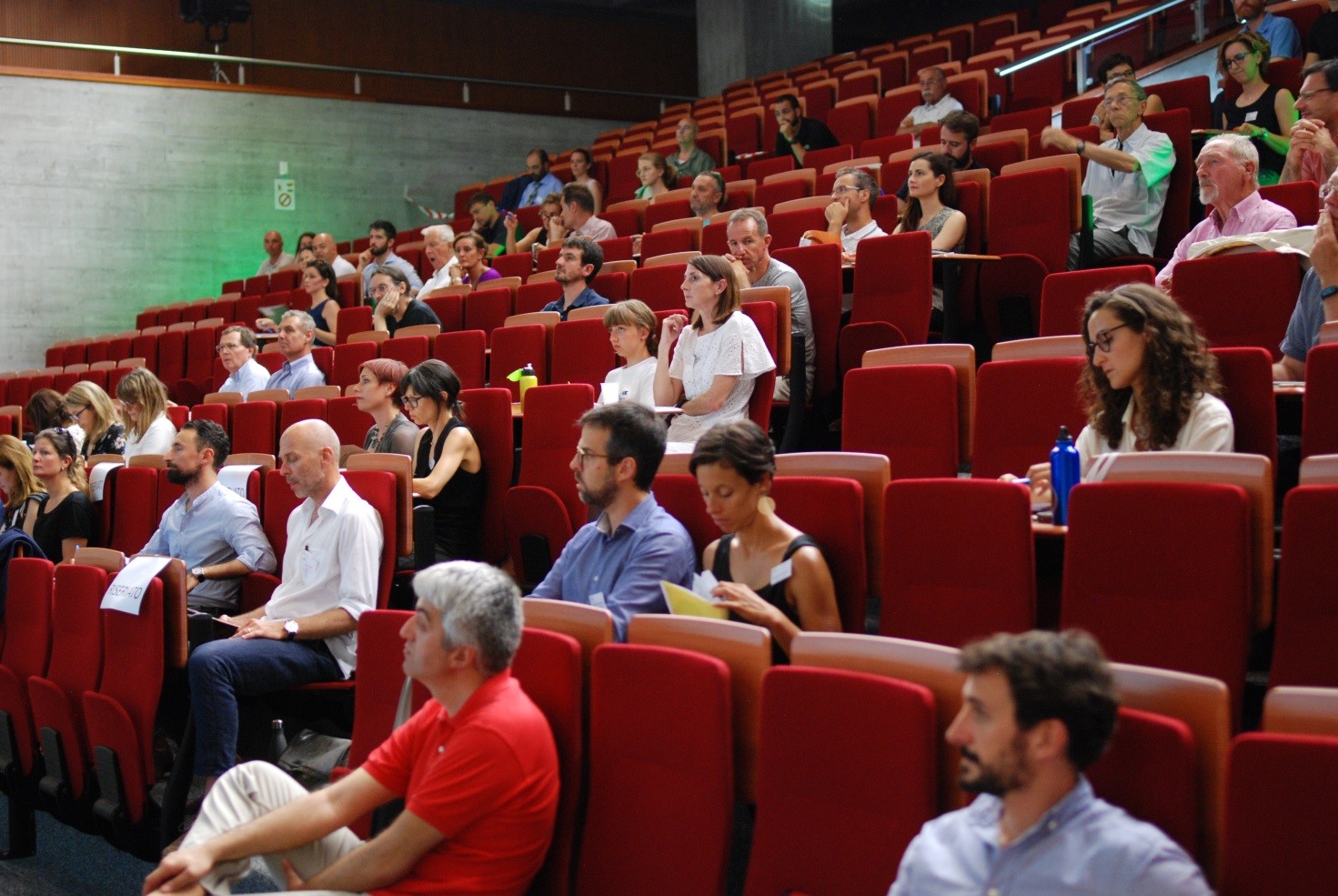 On 5 July 2019, the Institute of sustainability applied to the built environment of SUPSI, with the support from the Swiss Federal Office of Energy (SFOE) and EnergieSchweiz, and in collaboration with the magazine Hochparterre, carried out an event on the subject of solar energy. The subject of the event which was open to the public, was the integration of solar energy in historic buildings and talk of energy recovery of Building Integrated Photovoltaics (BIPV) in architecture. During the conference, the magazine Solaris # 03 was presented together with the website www.solarchitecture.ch. The event was organized with the support of the BIPV meets History research Project, under the Interreg V-A Italy-Switzerland Cooperation Program, co-funded by the European Union, European Regional Development Fund, the Italian State, the Swiss Confederation and the Canton of Ticino.

The event Solaris #03 was an opportunity to talk about solar energy in the architectural field and in particular to launch and present the activities that the University of Applied Sciences and Arts of Southern Switzerland SUPSI, together with Eurac Research in Italy are carrying out at European level. In particular, the following projects were presented: Interreg Alpine Space “ATLAS”, on the energy rehabilitation of historic buildings; Interreg VA Italy-Switzerland “BIPV meets History” project which is aimed at integrating photovoltaics in historical buildings and it is also contributing to the activities of Task 59 of the International Energy Agency (IEA).

The specific topic related the integration of photovoltaic in historic buildings and protected heritage areas is now of public interest and recently the Swiss Federal Office of Culture set out in the official document “SolarKultur”, some guidelines on how to better join solar energy and construction culture in Switzerland, illustrating how the Municipalities can reconcile photovoltaic and quality constructions. Furthermore, the importance of considering solar energy for renovating the existing building stock was integrated in the discussion.

Following the event, a round table was held in which all those present were able to participate together with representatives of local authorities to debate this specific issue. The objective of the round table was to initiate a dialogue between the various players in the territory, from Ticino and the neighboring areas of Lombardy, Alto Adige and Bolzano, on the potential for recovery of the existing building heritage and on opportunities for integrating solar energy into historic and heritage buildings.

The conference was hosted in the Aula Magna at SUPSI Campus in Trevano, Canobbio Lugano, Switzerland. Several guests, most of which actively involved on the international and national scene participated together with researchers from SUPSI and Italy. During the day, the theme of solar energy on existing built heritage was in the foreground. Architects, researchers, solar companies, trade associations and Swiss cantonal offices, responsible for the protection of the landscape and cultural heritage, were involved in both the conference and the round table.The magazine Solaris # 03 by Hochparterre AG and the web platform www.solarchitecture.ch, were also presented.

Approximately 94 people signed up for the event demonstrating interest in the arguments discussed with 72 actually attending. Among them there were architects and engineers (25%), representatives of public institutions (15%), R&D (22%), companies in the industrial system and companies linked to the solar energy and construction sectors (18%), as well as real-estate managers and representatives of the local and cross-border economic system (13%) and private citizens (7%).