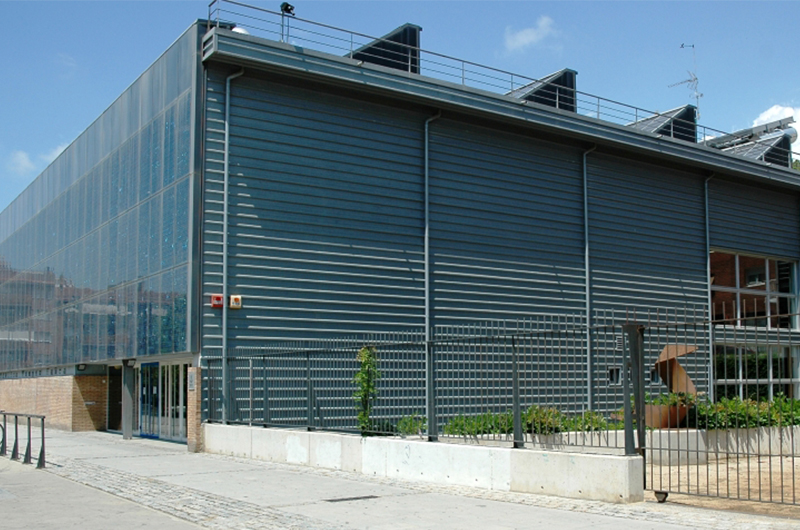 The experimental facade of Pompeu Fabra Library in Mataro’ was opened in 1998 and it had the double aim of producing solar and thermal energy beside to ensuring an optimal in-door comfort. The facade skin protect the inner part of the building. Within the air gap the air is warmed up thanks to the insolation. In winter the warm air is used for heating the building, while in summer the flux of the air permits to ventilated the PV modules. The PV is integrated within a semi-transparent curtain wall system with polycrystalline cells creating an exterior visibility. In spite of the BIPV facade is tilted 90°, the yearly energy production of the south facade PV installation is about 15’000 kWh. The optimal equilibrium between energy, comfort, natural lighting, aesthetical appearance and economical resources was applied in the conception of the building. 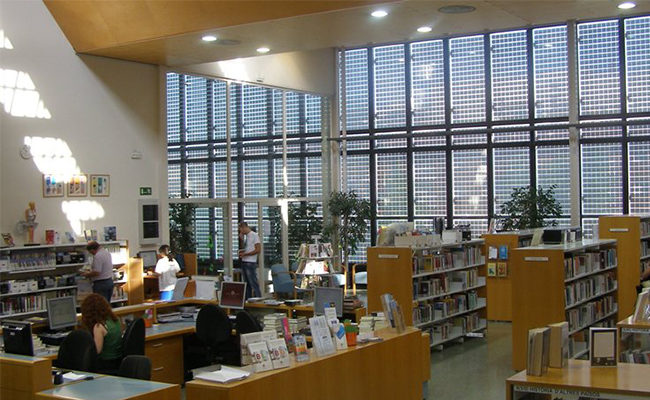 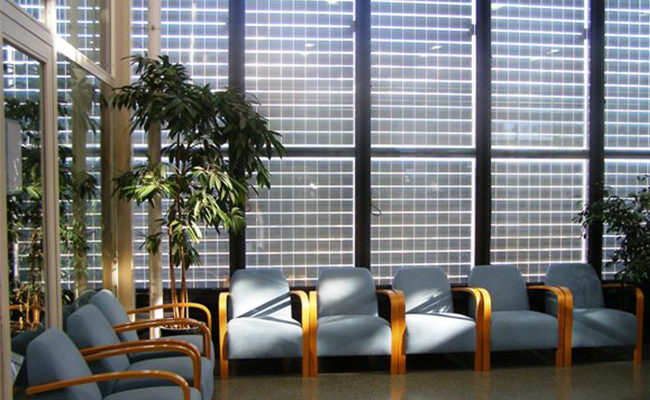 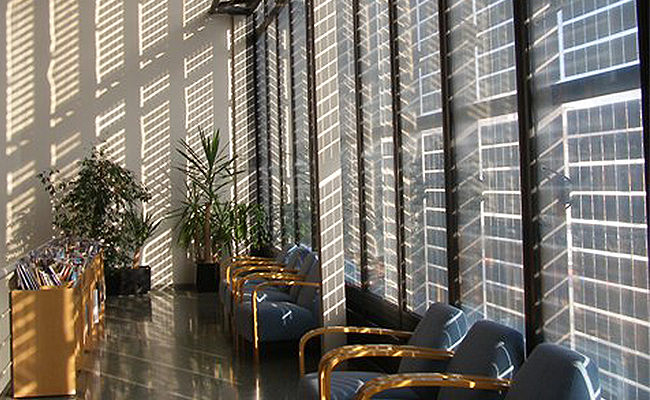 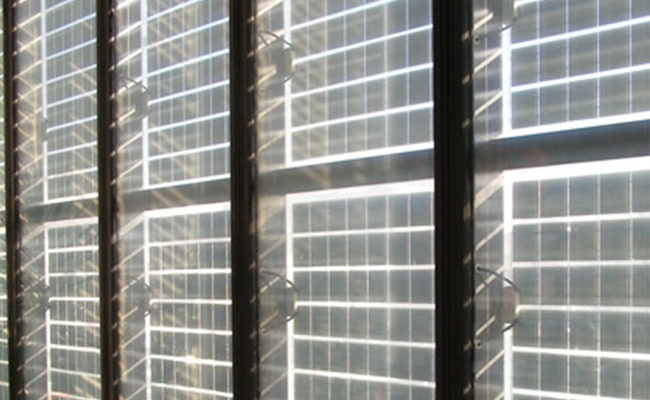