Design as a boost for renewable energy 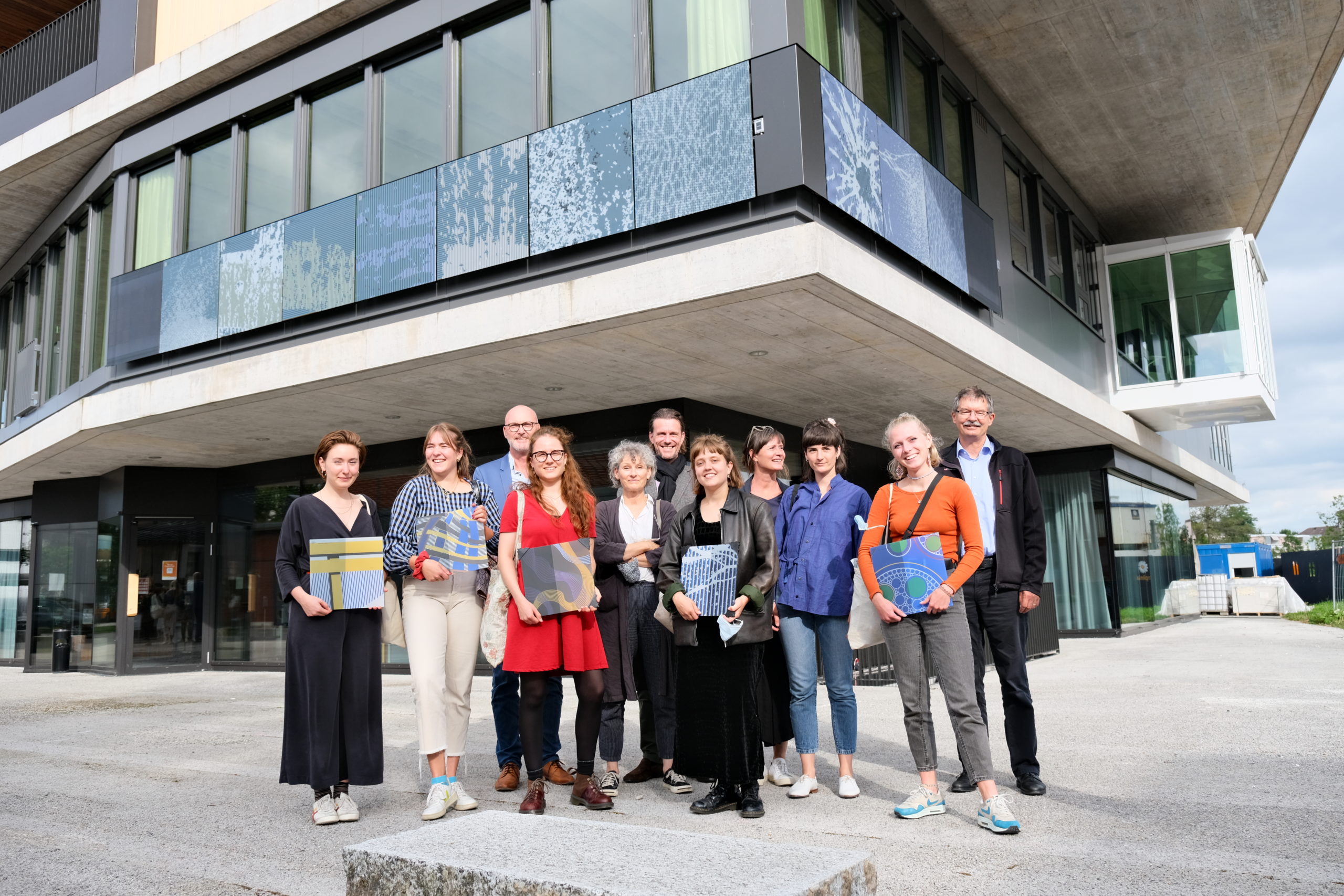 In February 2021, a six-member jury of senior executives from Empa, HSLU and Zug Estates selected the „Glasklar“ design by Lynn Balli (seventh from left) as the winning project. Lynn Balli’s photovoltaic modules were installed on the NEST facade and put into operation this summer.

Solar cells as design objects now adorn the facade above the main entrance to the NEST building of Empa and Eawag. The design is the result of an interdisciplinary competition organized by the Lucerne University of Applied Sciences and Arts (HSLU) together with Empa. The winning project installed at the NEST facade shows how photovoltaic modules can be visually integrated into buildings and improve architectural quality.

Building envelopes offer plenty of space for energy generation. However, photovoltaic facades are still rare – although technology and aesthetics can certainly be combined. Students and lecturers from the two HSLU departments Design & Art and Technology & Architecture have proven this by creating photovoltaic modules as design objects for the facade of NEST on the Empa campus. The designs were presented to a jury in February 2021. Now, the winning project „Glasklar“ by textile design student Lynn Balli has been installed on the NEST building and put into operation. Björn Niesen, Innovation manager at NEST, is delighted with the result. „If we can arouse the interest of designers in the design of building-integrated photovoltaic modules, we will make an important contribution to greater acceptance of photovoltaic facades and thus promote the expansion of renewable electricity production in Switzerland,“ he says.

Integrating photovoltaic modules into their environment

A facade has to fulfil various functions. First of all, it protects the building – but it also has an aesthetic function. Unlike concrete or wood, which visually change and adapt to the facade over time, glass remains unchanged. The winning project „Glasklar“ by Lynn Balli takes this into account. It ponders the question of how to make the material glass more attractive as a surface so that it does not look like a foreign object on – or within – the facade. Balli’s design won over the jury in February 2021 with its elegant highlighting of the dynamics of glass and its successful implementation with ten individual panels. „A great learning for me was the realization that glass, due to its steady nature, offers a huge number of design possibilities that work well in the context of buildings. You just have to get involved in it“, explains Lynn Balli.