This article introduces chapter 1 "Evolution of BIPV in 40 years: architecture, technology & costs" of the BIPV Status Report 2020 "Building...
BIPV in dialogue with history 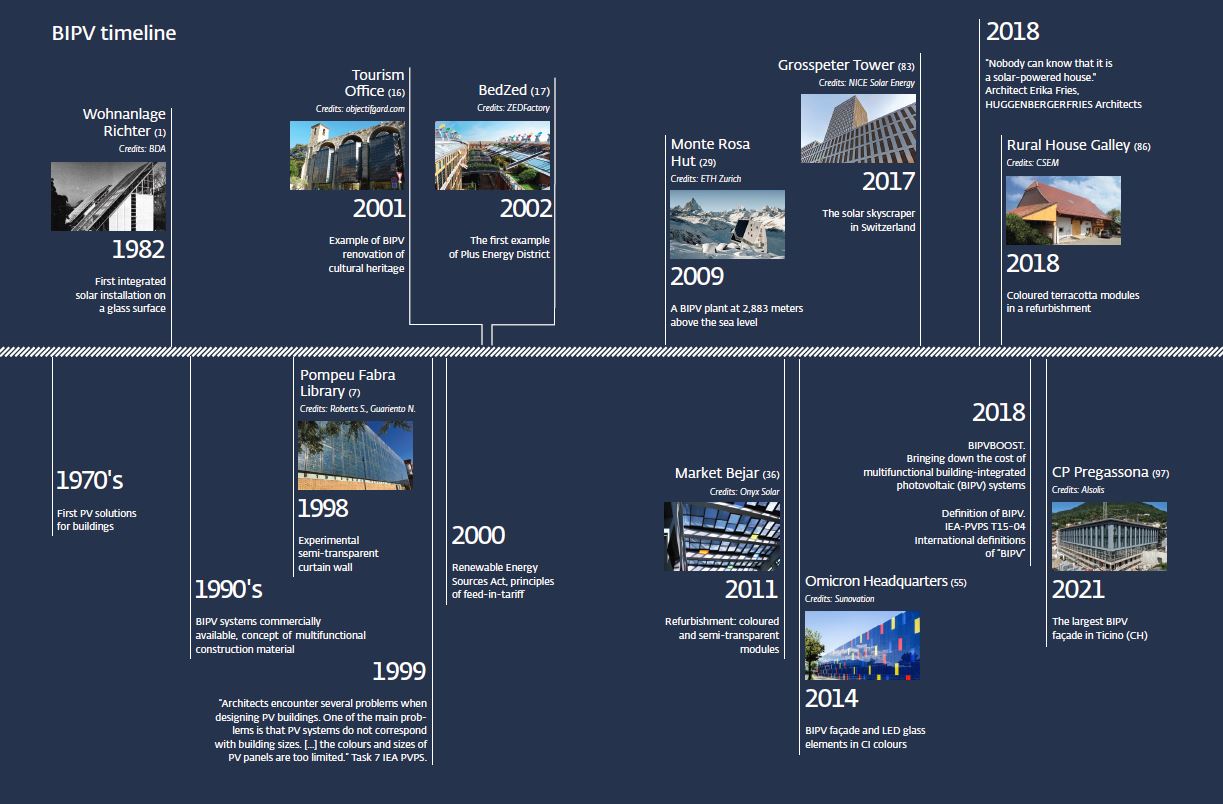 Chapter 1 is a collection of historical buildings on which a BIPV system was installed, from the ‘90s up to now. This allowed to analyse a category of buildings that many architects are hesitant to approach considering the high restrictions associated with these contexts. In addition, an analysis of best practices and case studies that influenced the BIPV evolution, realized during 40 years of the BIPV history was carried out. The 97 case studies collected in the handbook, also including historical buildings, are grouped by:

For the full text, see chapter 1, downloadable in the “see also” column.