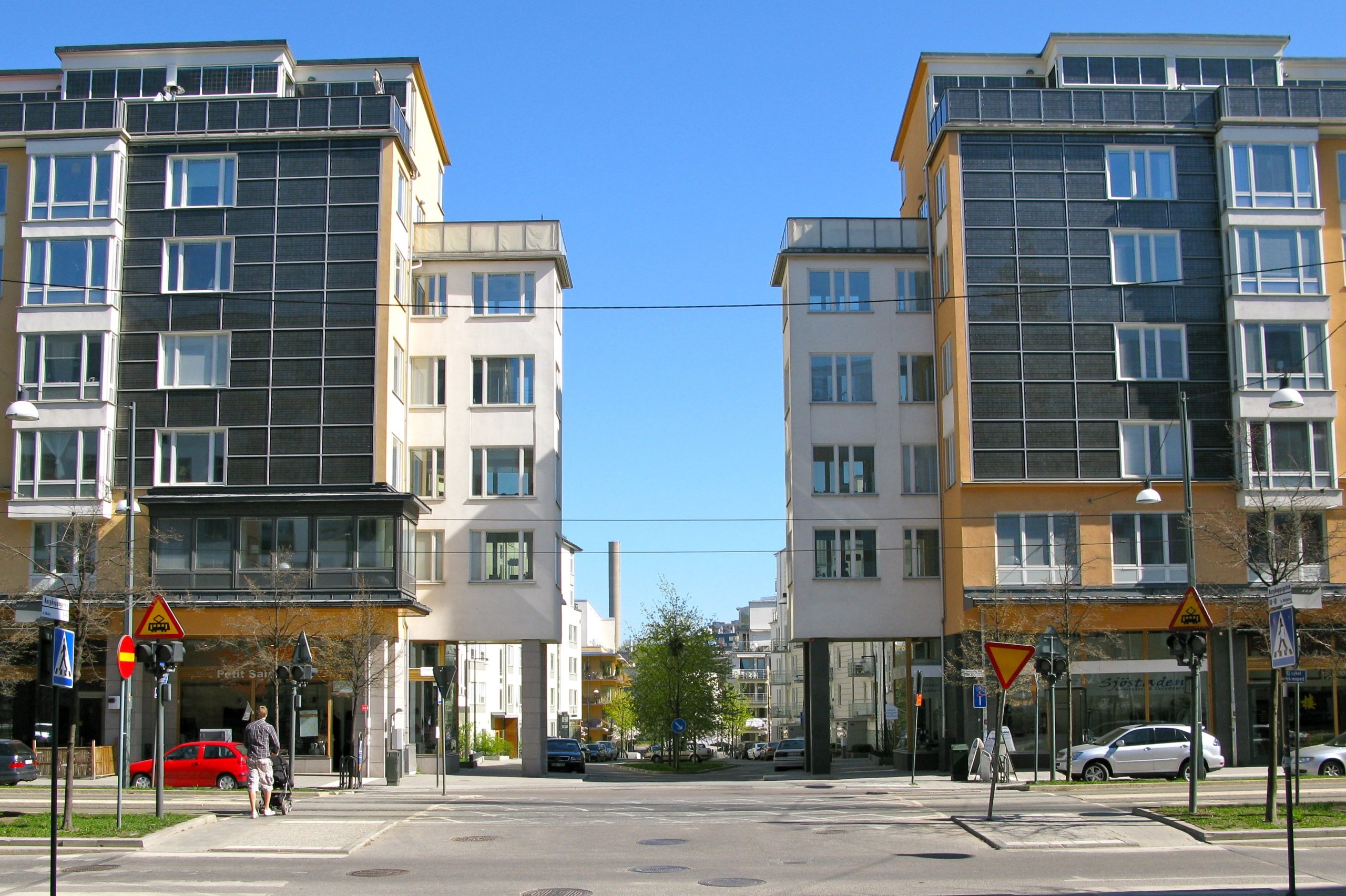 Synergies between facade retrofit and BIPV from an urban scale perspective

When renovating existing buildings, the energy retrofit of building envelopes is often implemented. Typically, this intervention is considered by building owners because of its twofold goal: on one hand, it improves the energy efficiency of the whole building and, on the other hand, it can be the opportunity to increase the architectural quality. A third fundamental goal is achieved when BIPV is adopted: the energy generation from the – freely accessible – solar source. In this threefold approach, two objectives of the Swiss Energy Strategy 2050 can be tackled thanks to multifunctional BIPV facades: increase of building energy efficiency and local production from renewables. However, what is the real potential of the BIPV retrofit of facade at the urban scale?

Facade retrofit is one of the effective strategies to reduce building energy demand. Depending on the existing building envelope properties, climate conditions and techno-economic constrains, as well as legislative regulations, different facade retrofit solutions can be designed. Among others, a design option for facade retrofit is represented by the use of BIPV and, specifically, multifunctional BIPV products. For instance, BIPV elements with integrated insulation can have relevant advantages, such as the concurrent design and planning, as well as installation of facade solutions that can both save energy and produce renewable energy.

However, if the evaluation of the BIPV retrofit potential at the building scale is achievable thanks to the availability of data about building geometry, urban context, energy demand, building envelope properties and solar irradiation calculation, it is not trivial to determine the BIPV retrofit potential of building facades at the urban scale due to the heterogeneous datasets that need to be analysed together.

For this reason, an integrated GIS-based methodology has been developed to determine such a potential at the urban scale for multi-family house buildings. Two main novelties have been introduced within this methodology:

This methodology has been implemented on a residential district in the Ticino region to show the opportunity and the possibility to provide urban-decision makers, municipalities and public authorities with more understandable and reliable data about the BIPV retrofit scenarios on facades. In this way, an additional contribution to the challenge of the energy transition of the built environment could be considered.