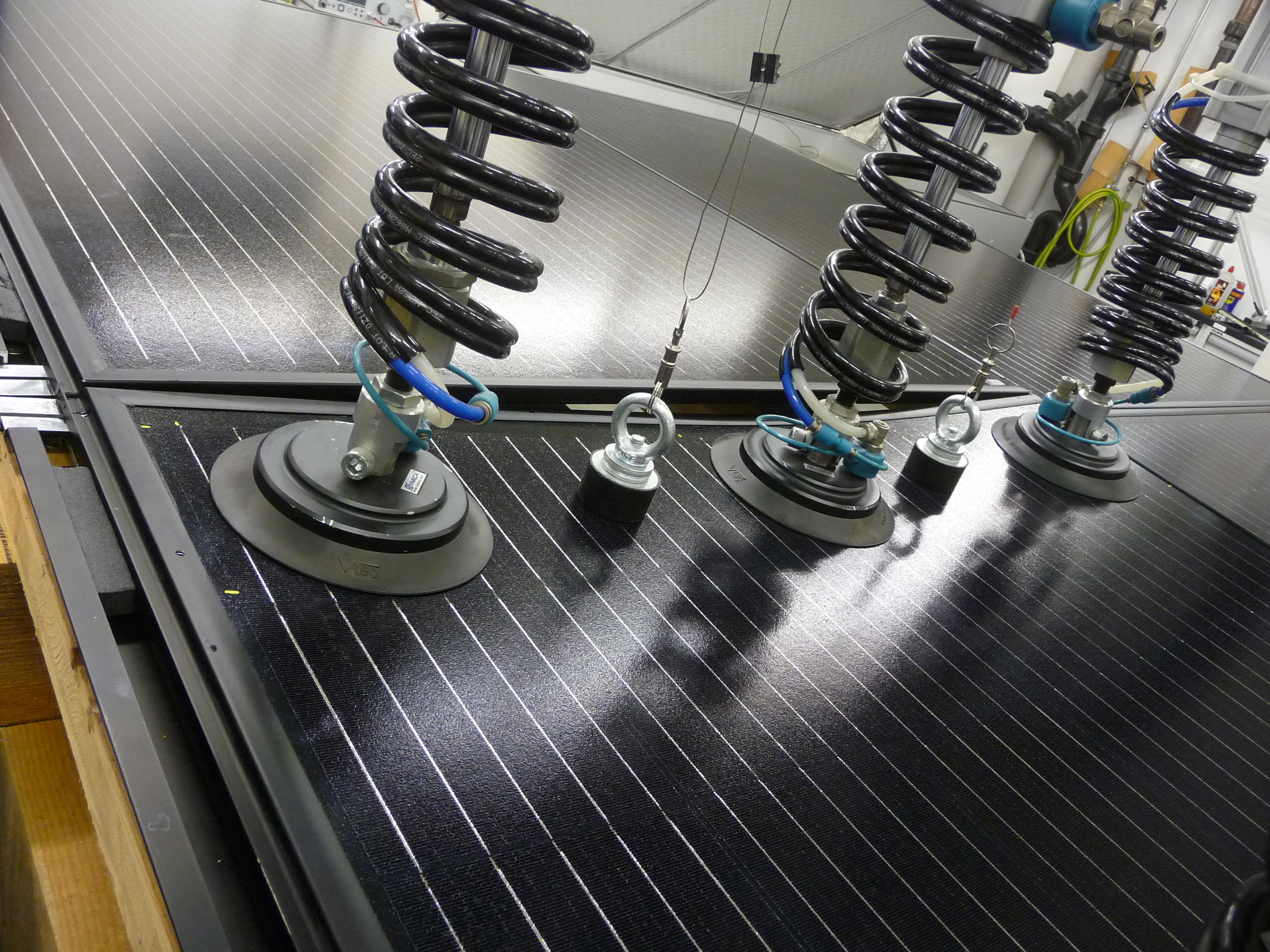 Integrating PV in building skin today requires an accurate performance assessment in accordance with construction norms and PV standards, depending on the type of use and function. The topic of BIPV as multifunctional product, more than many other construction products placed on the market in the EEA (European Economic Area), deals with harmonising performance information and finding new approaches considering its dual function as an electrical and construction component and the growing customization of technologies. The current complexity of the normative assets, as it is today, is still considered a practical barrier for market implementation and innovators often struggle between interpretation and experience. However, new testing approaches ensuring product quality, cost reduction and stronger penetration of BIPV in the market are under investigation and development in current projects.

The overall objective of the EU legislation on construction products is to facilitate the consolidation of the Internal Market and improve the free movement of construction products in the EU, by laying down harmonised conditions and introducing a common technical language in which manufacturers can declare the performance of the products that they place on the market. The CPR (Construction Products Regulation) works differently from the general principles of the Legislative Framework, mainly by defining a common technical language and generally not defining any specific requirements for construction products. As noted by the supporting study for the Review of CPR “While a New Approach Directive on e.g. the safety of certain products would state the minimum safety level that a manufacturer needs to guarantee to place a product on the Single Market, the CPR ‘only’ sets a common methodology for measuring the performance of construction products over their essential characteristics”. With respect to the division of powers between the EU and Member States, construction is a field of clearly identified subsidiarity. Member States have exclusive competence for building regulations. Thus, design rules (building regulations) are set at MS level (sometimes even at regional/local level) and are generally not related to the performance of an individual product but rather to the performance of the entire works (or a major feature of it) in which it is integrated. Moreover, concerning construction products individually manufactured or custom-made in a non-series process in response to a specific order, and installed in a single identified construction work, special rules from drawing up a declaration of performance are possible in CPR.

On the other hand, for terrestrial photovoltaic (PV) modules the IEC 61215-1:2016 sets that “Changes in material selection, components and manufacturing process can impact the qualification of the modified product. Material in direct contact with each other shall be tested in all applicable combinations unless equality can be proven”. Thus, any modification in the design, materials, components or processing of the module may require a repetition of some or all the qualification tests to maintain type approval. In detail, the latter introduces the technical specification IEC TS 62915 for the details of retesting.

It’s quite clear, from the above summary, that the current complexity and contradicting nature of building and PV normative assets, as it is today, are still considered a practical barrier for market implementation.

BIPV quality: what is the current situation?

Designers, manufacturers and installers currently mainly overlap procedures developed for standard PV with other standards already present in the building sector (for non-active elements) such as norms related to glass, to fire safety, etc. In other cases, not addressed by this overlapping, the definition of the performance levels is based on their experience (e.g. glass producers have a great experience in glass performance/qualification which they extend to active products) or derived from other similar projects.

Although the concept of BIPV as construction product has already been introduced, it does not help tackling all issues, and some problems remain. For instance, a high number of manufacturers complain about the lack of long-term guarantees of available BIPV solutions due to impossibility to certify/mark a BIPV product according to one clear approach/standard. Moreover, national building codes sometimes impose restrictive constraints (e.g. in terms of fire safety), and in any case remain inconsistent between countries, even across Europe, which generates high customer acquisition costs. This prevent BIPV manufacturers and installers to rapidly expand their customer base and increase production capacities to reduce costs through economies of scale. The conditions under which BIPV have been introduced into the market so far are the following:

Another crucial point is the time and cost of the certification and the retesting process, as today structured and conceived, which has a great impact on the market. In fact, for the manufacturers the high costs of the certification process, which very often cover only a limited group of product families, are often the reason for not dealing with BIPV in cases when the client’s requests don’t meet their “pre-defined” and “pre-qualified” product families.

However, integrating PV in a construction technological unit or subsystem requires an accurate performance assessment in accordance with construction norms and PV standards, depending on the type of use in building.

Which perspectives for combining BIPV quality and cost reduction?

Although there are normative efforts focused on BIPV, such as EN 50583 and the future PT IEC 63092, the two functions (building and electrical) still remain separate in the original normative acts (CPR 305/2011 and LVD 2014/35/EU) and in the consequent harmonized standards, thus not providing a concrete specification supporting a multidisciplinary assessment of BIPV. Laboratory tests also remain on separate paths, sectors and qualification logics are disconnected (e.g. for CE-marking) and today there are no test procedures considering a combination of building and PV functionality as a matter of fact for performance assessment and product qualification. . From the analysis of the current regulatory framework, it emerged that the current BIPV standardisation framework is not sufficiently developed, so that it arose the need to identify new performance levels and test methodologies suited to ensure the quality of PV modules in the building skin.

The complex and costly testing approach deriving in many cases from the separated application of LVD and CPR, due to the lack of harmonized procedures and the growing BIPV customization, are the strong missing gap and barrier for the market, as also discussed at international level such in Task 15 IEA PVPS. Current research aims to provide an overview of the current normative framework in the BIPV field, of the definition of the relevant missing gaps, and of the key aspects for grounding a new testing approach.

Developing new testing procedures according to a performance-based approach and considering the aspects of multi-functionality can be one of the bottom-up key strategies, as it is under development in H2020 BIPVBOOST. The implementation of these new qualification procedures, as a follow-up of a pre-normative research, is expected to provide a starting point to support operators and legislators accordingly, ensuring a higher product quality, helping to reduce costs and contributing to initiate a stronger penetration of BIPV in the market.